Your Position:Home>>News>>The World Is So Bright Why Indulge In Darkness

Does darkness necessarily mean sin and ugliness? In the 19th century, Baudelaire once asked beauty like this: Did you come from the abyss, or did you descend from the stars? Yes, light is beautiful, but indulging in darkness may not necessarily mean choosing a brisk fall. Walking alone in the dark night may be more difficult than bathing in the light. But there will always be some people who don't care about those cold eyes, just go their own way and stick to the dark beliefs on the thorny path.

For example, the story of Path of Exile that I want to tell today.

The time goes back to 2000. This year, Blizzard released one of its most acclaimed ARPG games, Diablo II Resurrected . At the time, no one could have imagined what kind of impact this unique and dark-style game would have on the gaming world, and what an amazing Diablo-like it would give birth to.

At this time, Chris Wilson, a freshman at the University of Auckland, just like countless freshmen, was addicted to this unique dark game and couldn't extricate himself. The atmosphere of the Gothic cult, the monsters flying with flesh and blood, the huge and deep labyrinth, and the various dropped items strongly stimulated his desire to explore - something that the games he had been exposed to before could not give. He became an uncompromising and die-hard dark fan.

It wasn't until 2012 that the long-lost sequel, Diablo III, was long overdue. But what makes many old players lost is that this orthodox sequel does not seem to be so dark. Even David Brevik couldn't help but criticize "Diablo III" for becoming unfamiliar, which even triggered an online scolding battle between two generations of Diablo producers. It was also in this year that a game called "Path of Exile" launched crowdfunding through the Internet.

Yes, as soon as he graduated, Chris Wilson put his life into the believer's journey. In 2006, he united several Diablo fans to set up GrindingGearGames, trying to pass on the fire of faith in Diablo II. By June 2012, "Path of Exile" had been in preparation for six years, and Chris had spent all his savings and fell into poverty. Fortunately, he opened the closed beta of " Path of Exile " at this time, and 46,000 Diablo players participated in the crowdfunding amid the praise of the soul sequel of "Diablo II". GGG eventually raised $2.5 million to continue developing the game.

"Path of Exile": Under the manipulation of the evil god, generations of empires have been born with blood and fire, prosperity and decline due to gems and thaumaturgy. This dark path has been bumpy and long, but it has also brought enough surprises in return.

In 2013, the first year that "Path of Exile" was launched, it was elected as Gamespot's best PC game of the year; even IGN, which likes to work against Gamespot in scoring, also gave a high score of 8.8. Of course, all of this cannot be just because of the classic D2 style inherited from "Path of Exile" - in fact, after " Diablo II Resurrected" , diablo-like games were once clamorous, and the Diablo Wind even became a common advertising slogan for game publishers. But these diablo-like pictures of gourds and scoops still come and go in a hurry, like a dream bubble.

And "Path of Exile" has taken a difficult step from inheritance to transcendence. The most powerful evidence is probably this constellation-style talent map that loses san after seeing it. The san value is a term used by Cthulhu enthusiasts to refer to the spiritual value of a person. When the san value drops to 0, he will go crazy.

Different from some games where equipment and operation methods are more homogenized as they reach the top level, although "Path of Exile" provides seven careers for players to choose from, there are 1384 talent points and 261 skills that follow. Gems, 1626 random affixes... Expand the possibilities of these seven occupations to endless.

There is no specific BD, a piece of equipment, a difference in talent point, may lead to very different gameplay. It doesn't even have step-by-step career skills. Because each skill can be connected and adjusted through gems. If you want, be a barbarian that shoots fireballs and summons totems.

As IGN commented on it, it believes that the game has already jumped out of the dark box, and its biggest feature is a unique ability system based on gems and an intricate passive skill system that allows you to create almost any type of character. But there's more to it! Have you ever seen a game without the concept of gold coins at all?

Chris, who was born in the trade department, believes that gold coins are not only contrary to the world view of the game, but also more likely to lead to redundancy. Therefore, he groundbreakingly abandoned the concept of money and designed a barter-style currency system—24 kinds of props, which can be used for actual consumption and can also be exchanged for each other. 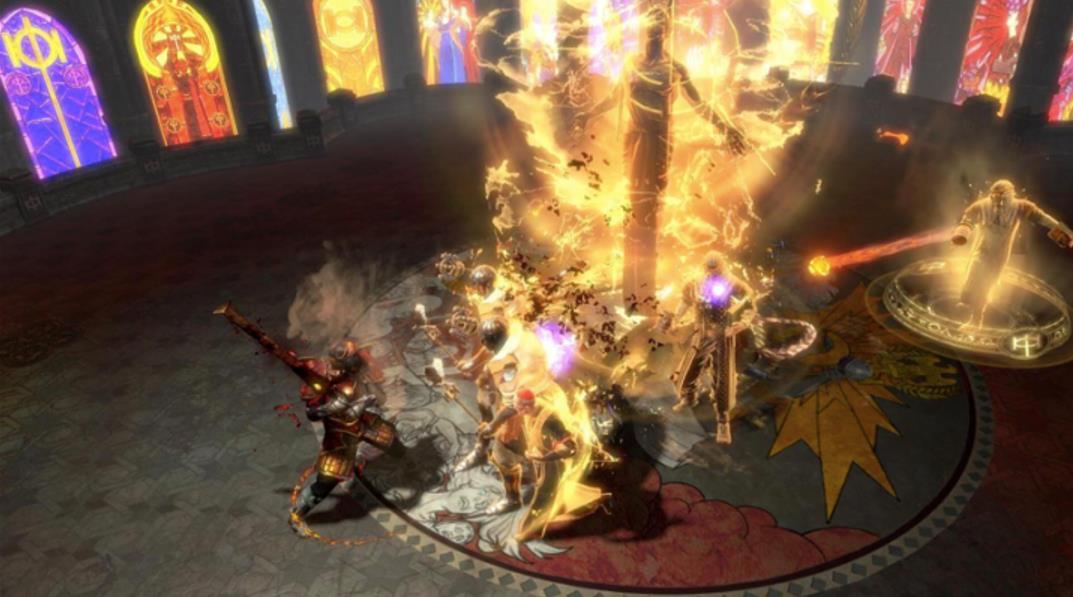 Don't think that this currency system only solves the problem of gold coin redundancy. In fact, this simulation of the real free market economic model has greatly overcome the dilemma of many game economic systems from inflation to collapse.

But other than GGG, who would dare to make such complex decisions and designs?

Players once counted the ideal game company dream team, and praised the numerical design of GGG company. Indeed, the extremely subtle values can be called the essence of " Path of Exile 2 ". But Path of Exile is not just a numerical game. Obsessed with perfection, Chris led GGG and polished every aspect of the game to the extreme.

Does the game still need a story? Usually not needed, but "Path of Exile" has a majestic epic plot. In the thousands of years of history, the Valkras continent has had splendid civilizations several times. The Vaal people, the Azmorians, the Templar... Gems and thaumaturgy are destroyed. In the end, the mainland of Valkras was reduced to a dark and cruel island of death in a huge cataclysm.

The seemingly completely overhead setting, but because of the use of many civilizations with historical records, it seems particularly real and heavy. But the most interesting thing is that, in addition to the half-truth and half-fantasy epic, "Path of Exile" also pays tribute to the myth of Cthulhu. Based on Lovecraft's fantasy, a prototype map of the entire exile world was constructed.

Perhaps for those who adhere to the dark beliefs, they are a group of exiles gathered on the mainland of Valkras? Tricky in taste, difficult to please, and even self-exile. But it is also these core players that support the uncompromising spirit of the game industry. There is light in the heart, so it is possible to turn back into the darkness without turning back.

Tags: Path Of Exile 2 Poe2
Previous： Diablo 2 Resurrected Monster Fear Leaderboard
Next： What little-known details about Diablo 2 Resurrected
Related News
Some suggestions for the upcoming release of Path of Exile 2
Path of Exile 2's new weapons look equally interesting, making room for new play styles. We saw actual combat demos of spears and crossbows, and the spear skills seemed to be to my liking. Equipping a spear grants a grappling skill that allows you to charge into enemy groups and increase your damage for a ...
12/03/2022 07:55 PM
Path Of Exile 2 Poe2

How does the "Dark" classic continue? Path of Exile 2 handed over his own answer sheet
Diablo games are the common memories of the three people of 70, 8, and 90. Among them, the Diablo 2 classic, the first Rune Language game, the secret manufacturing tree system, and the dark golden equipment are all matched with RPG games. The influence of the subject matter, and among this, I have to ...
22/06/2021 10:17 PM
Path Of Exile 2 Poe2
Hot News