When I stopped in an undulating Gothic mini-city, dragged through the desert by a strange pack animal, I immediately felt that Grinding Gear Games'ARPG "Path of Exile 2". The kind of sequel full of ignorance and whimsy. This feeling is not only derived from its greatly improved picture, as well as the light and shadow effects that perfectly set the atmosphere in the hot desert and gloomy dungeons. It is also because it is a terrible, bloody but still A wonderful and unique world, and I can't wait to step into it.

Similar to the original "Path of Exile", the player at the beginning of the sequel is also a poor, ragged, catastrophic creature who needs to climb up from the bottom of Varkras step by step. Considering that the original plot has become bizarre and we have slaughtered so many gods, such a reset is deliberately pursued by the developers. They want to make "Path of Exile 2"more approachable, even new players will not be unable to start because they have missed the content for many years, but the new and old stories will share the final content, and both characters can be used in the final game.

We have to wait until 2022 to officially play "Path of Exile 2". During this time, you can watch the live demo of "Path of Exile 2", or continue reading this article to see what this ARPG sequel is. What to look forward to.

GGG has enhanced the game tutorial this time, which is a good change for me, a player who spent more than ten hours browsing the "Path of Exile" wiki and BD guide when playing the original version. But the developers did not intend to eliminate the freedom and complexity that "Path of Exile"fans love. During the interview, I put forward my own opinion: The skill tree in the original work is so complicated that it is enough to stun people. In the end, it is possible to enter a misunderstanding and create a garbage genre.

In this regard, GGG's Chris Wilson replied: "From a design philosophy point of view, this problem is also very difficult for us, because we think that not doing too much hands-on teaching has its advantages."

However, he is also open to the practice of "restricting the choices of new players in the early stage", which allows players to make more practical choices in the early stage, and unlock the entire skill tree after reaching a certain level to release more potential. This is also in line with their tutorial design concept: only help when you need it. If the player is suffering or can't figure out a core mechanism, the tutorial pop-up window will appear. But old players who are already familiar with this will not be disturbed by these pop-ups. 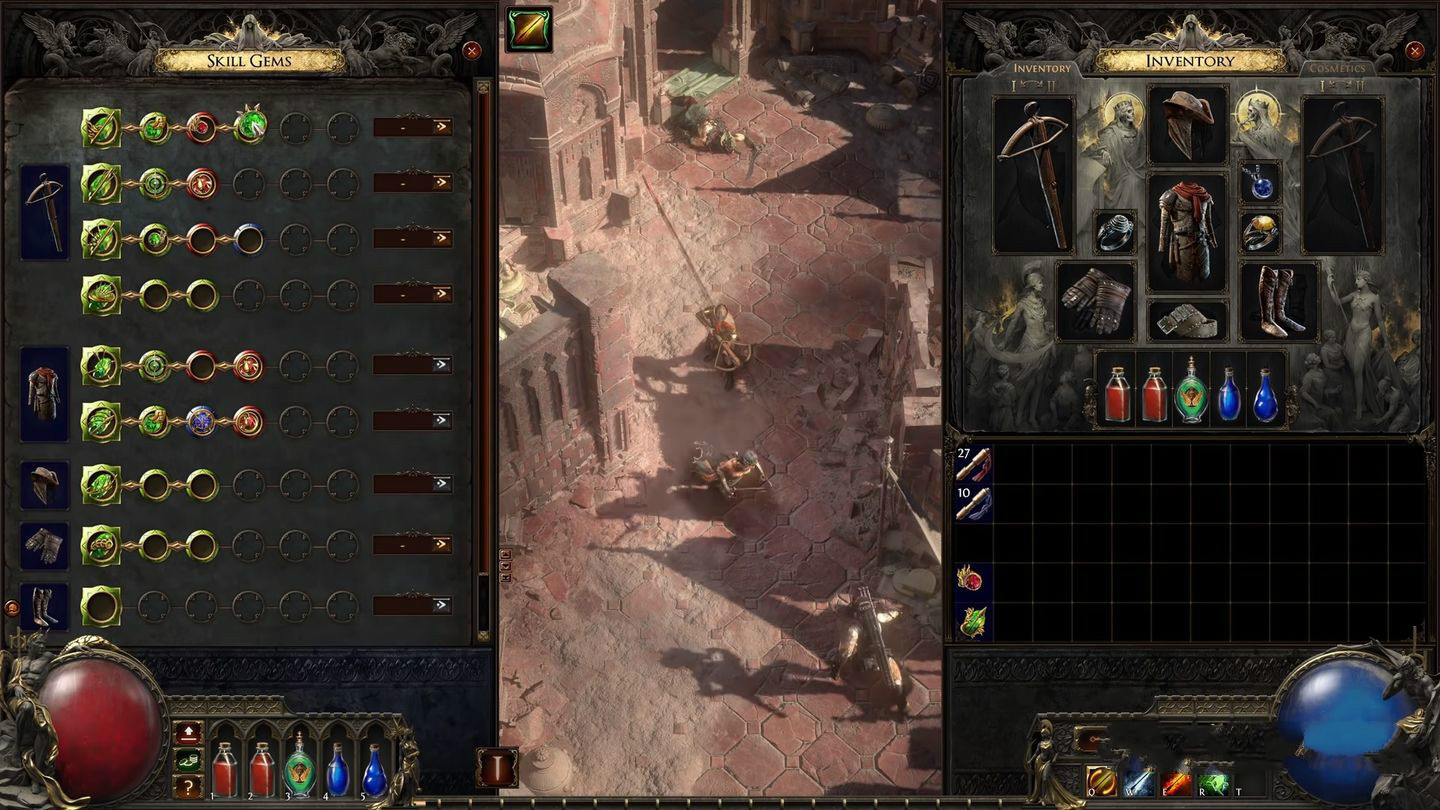 In the construction of the character genre of "Path of Exile 2", the most significant change is the gem slot system independent of equipment (many basic system changes will also be updated to the original version). In the original version, there is nothing more annoying than getting a brand new and powerful armor but not being able to use it. Sometimes you have to go back to town and wash all the gem tanks to the same level as the current equipment, otherwise your entire genre will collapse. Drop. Developers see the changes in the new version as a win-win: They make the "Path of Exile" in the eyes of new players more intuitive, without losing the complexity that old players desire.

Boss and Little Boss also prepared some new surprises to test us. After nearly ten years of update, I am curious how GGG will create seven new chapters, and avoid making old players feel like they are playing the same old tune. They tried many ideas for this, one of which is to let the boss interact with the environment in a more interesting way. The example we have seen is a small Boss, it will destroy the cave so that falling rocks fall from the top of the head, and the collapsed cave roof will also allow external light to penetrate, so standing in a bright place can prevent another attack. 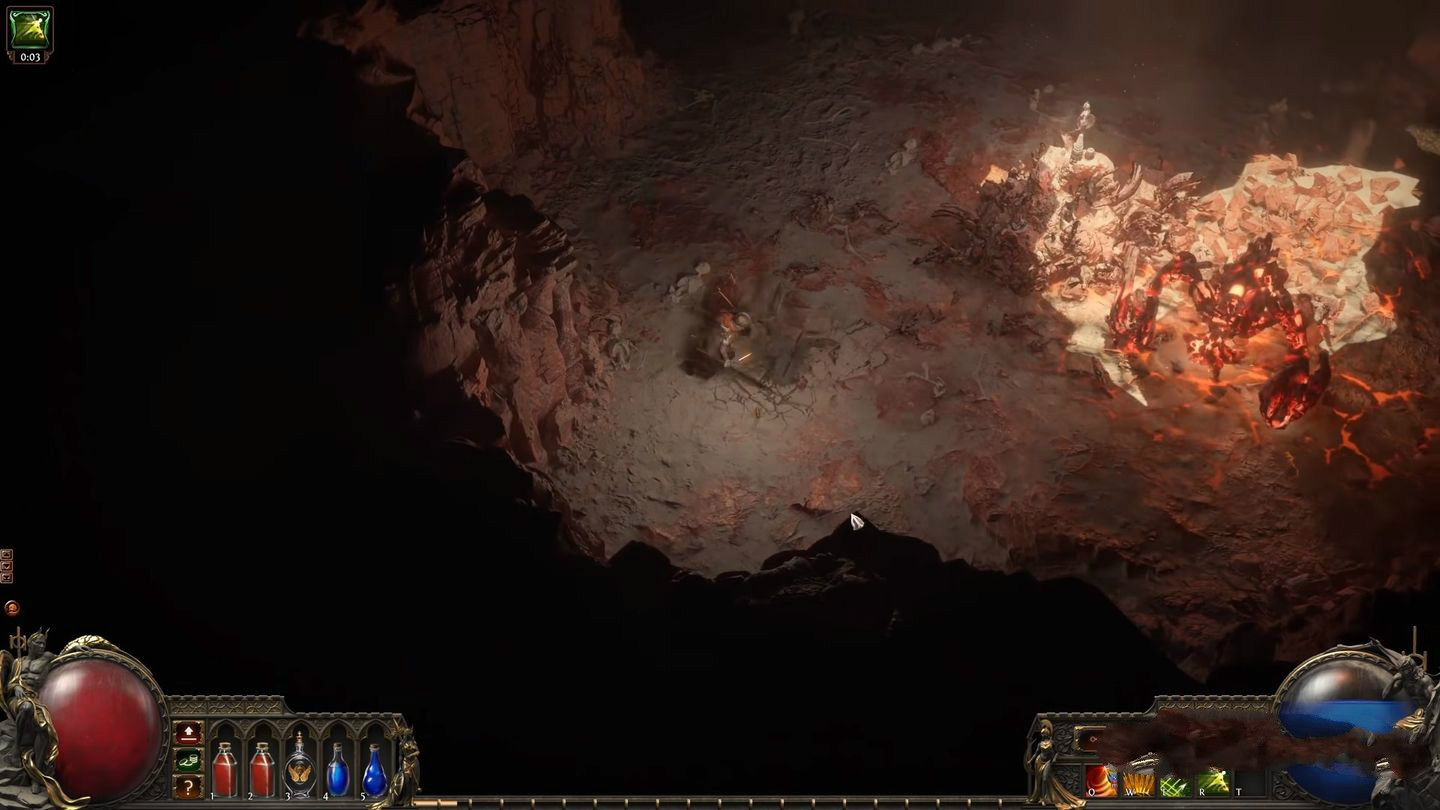 The new weapons in Path of Exile 2 look equally interesting, providing room for new play styles. We saw actual demonstrations of war spears and war crossbows, and the skills of war spears seemed to suit my appetite. Equipped with a war spear can gain a fighting skill that allows you to rush into the enemy group and increase your damage in a short period of time after attacking. When the buff expires, you can use guerrilla skills to stay away from danger and restore life. In this way, players can freely grasp the rhythm of entry and exit, which is much more interesting than the mainstream traditional "mowing" melee genre in ARPG.

The characteristic of the crossbow is that each crossbow has its own different attack skills. We saw a siege crossbow in the demo, which allows you to turn into a cannon, throw arrows into the air, and watch them pouring down. If there is an annoying summoner or nurse hiding behind a group of bloody melee enemies, this weapon will definitely come in handy. The fighting in this type of game tends to become monotonous, especially at high levels. But it seems that "Path of Exile 2" has found the right path in combat design with the help of these brand-new mechanisms.

Tags: Path Of Exile 2 Poe2
Previous： The Q&A about how to make money in Path of Exile S15 season
Next： Look at the Path of Exile-S14 new season impression
Related News

How does the "Dark" classic continue? Path of Exile 2 handed over his own answer sheet
Diablo games are the common memories of the three people of 70, 8, and 90. Among them, the Diablo 2 classic, the first Rune Language game, the secret manufacturing tree system, and the dark golden equipment are all matched with RPG games. The influence of the subject matter, and among this, I have to ...
22/06/2021 10:17 PM
Path Of Exile 2 Poe2

The world is so bright, why indulge in darkness?
Does darkness necessarily mean sin and ugliness? In the 19th century, Baudelaire once asked beauty like this: Did you come from the abyss, or did you descend from the stars? Yes, light is beautiful, but indulging in darkness may not necessarily mean choosing a brisk fall. Walking alone in the dark night ...
10/03/2022 10:02 PM
Path Of Exile 2 Poe2
Hot News