Your Position:Home>>News>>Share Your Impressive Designs From Path Of Exile

This design is more... let me talk about the more happy and impressive designs first.

No.1 Seasonal features of each season

In fact, the biggest feeling of playing POE for so long is that there are more and more ways to play, the PoE 2 currency is more and more profitable, the formation is faster and faster, and the withdrawal from the pit is faster and faster every season, I don’t know if I have been playing for a long time. , Now every season basically takes a few weeks to form and retreat. But POE's season features do have something interesting. For example, in the 25-year-old season, the income is good (I also lost a headhunter), and everyone is very keen to hide affixes. The former masters are all turned into enemies. The gameplay is also very novel, just like a wanted order. There is also the season of the center of the earth, everyone is addicted to mining together, and the fossils are also very convenient to make equipment, which also leads to a big discount on the essence. Another example is the latest foggy season. It can be said that this is a season feature that does not greatly delay the efficiency of everyone's brushing, allowing everyone to directly improve their own income from brushing. Overall, I was impressed with the features of many seasons.

No.2 Talents and Skills

Talent can be said to be a major selling point of POE's propaganda at the beginning. Although it looks scary at first, I don't know where to start, but after playing for a long time, I can understand the talent board, and I can completely decide the talent of my character. I freely matched the skills I learned, and I started playing for this point, and then it was so deep like the sea. The bigger dream is that one day I can build a popular BD by myself. 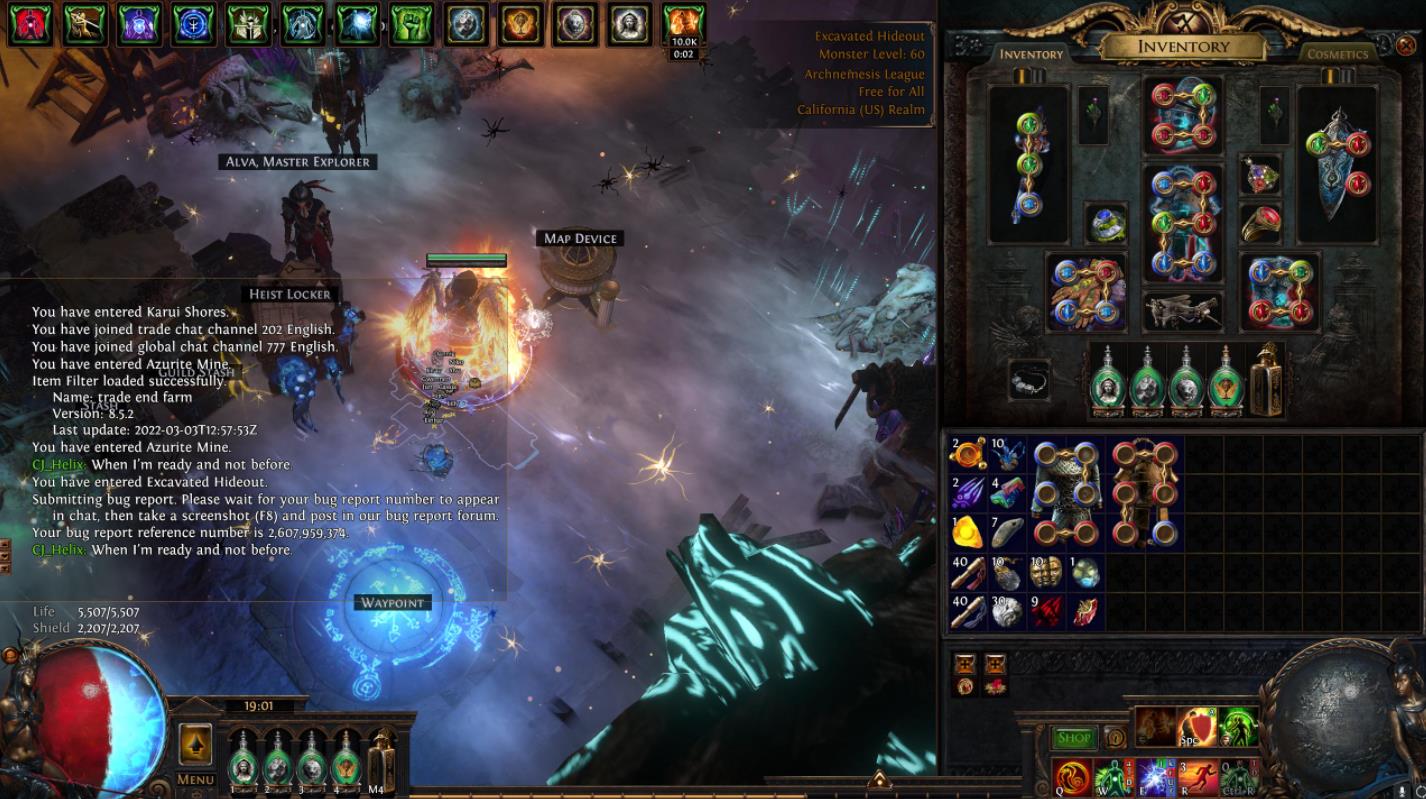 I remember when I first started playing, it was the 3.0 Trailblazer season. There is such a saying, "You will never lose money by playing the maze", so I, who was still picking up yellow clothes and moving bricks, rushed to the maze, and then I, who didn't understand the game very much, was always in a situation of dancing with traps. It wasn't until a long time later that I learned another sentence: "As long as you brush the map, you will never lose." In fact, the setting of the maze is very interesting. Whether it is sublimation or enchanting, the maze at each stage can be used as a verification BD forming stage. a threshold. But in order to enchant, you need to run infinite labyrinths, and besides the BDs who specialize in running the labyrinths, there are also BDs who will be punished by traps if they are in a hurry! Really can't afford to hurt, and the base of the enchantment (especially the head enchantment) is large. I once ran the maze for 3 days for a +1 Pure Sentinel, and then I went and bought one...

Since the 3.0 national server came out and played until now, although I have not played for a season or two, the plot map has basically been memorized. I have to complain about this story that wastes me a day or so every season. From chapter 1 to chapter 10, every new season or every new character is created and re-run. If it is a newbie, it will probably take a week to complete the plot. If it is an old player, it will take at least half a day without a team, right? This problem has caused at least 80% of players to try only one career-built BD every season, because running the plot is really disgusting.

What I'm talking about here doesn't include the web market page of the two seasons that just came out. I'm talking about the in-game exchanges before the international server's web market page has finished running the story or reached level 40 each season. At the beginning, you must be happy shopping for goods. It is a very happy and fulfilling thing to find your favorite goods at a low price. However, the equipment of Path of Exile is too full of flowers, and the search in the market is too simple, so sometimes even if Taohuo is searched, there will be a lot of spicy chickens. It's the rings and necklaces that only occupy one grid.

Basically, these are the aspects that impress me the most. The game Path of Exile has been out for so many years without realizing it. I can feel that the players are passing, and I hope it will get better and better. In addition, I look forward to the early release of Path of Exile 2 , where you can buy cheap POE spheres, safe and reliable, and fast shipping.

Inventory of those embarrassing loves in Path of Exile
Although May 20th and 21st are not legal holidays, their special meaning is self-evident. On this special day, let Mr. Cat take you to take a look at the embarrassing events in the Path of Exile . love story. The story of Morville and Dereso can be said to be the most well-known and most talked about plot ...
14/03/2022 04:28 PM
Path Of Exile Poe Orbs

Path of Exile: Sharing ideas for getting started with Lightning Bolt
After going through the era of wasteland reclamation, most of the new Lightning Arrows are already omniscient and ready to make graduation outfits. My understanding of the game is like this, Path of Exile is half the fun in spawning monsters, and half the fun in the equipment system. That endless farm poe ...
18/03/2022 09:12 PM
Path Of Exile Poe
Hot News