Your Position:Home>>News>>Path Of Exile Chapter Levels Gameplay And Objectives

Analyzing the level design first depends on what the player can do. ARPG battle is usually two aspects, survival and output.

Use of main output skills

Use of auxiliary output skills

Contents related to the use of skills include:

When to use skills

Grasp the range of skills

The grasp of skills 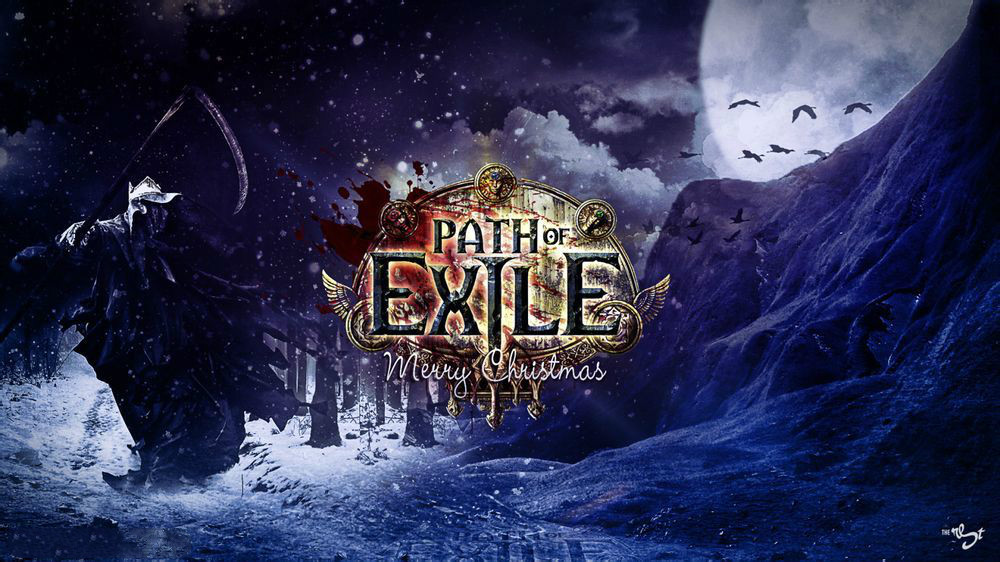 However, because there are so many skills in Path of Exile, it is difficult to pass the level to test the use of a certain skill. The content of the skill affects more the feel, so the level test is more about survival and output. In terms of survival, there are more tests of position, projectiles, ground effects, and so on. The other is attribute verification, but the experience is more special, the frequency of death is high and low, and many skills in the path of exile currency have no effect. Knowing whether it is intentional or unintentional, it is not so easy to see what is done, so when the attributes are not enough, they often die suddenly, and there is no opportunity to drink medicine to activate skills. As for survival skills and drug use, they are both routine reaction tests, and are closely related to BD, so they won't be launched.

The output is more related to BD. The development of the main output skills, the selection of auxiliary output skills and the strength of attributes all have a huge impact on the output. The overall experience of the level of Path of Exile is mowing, from mowing mobs, mowing mobs, mowing elite mobs, and mowing BOSS. It also reflects the improvement of BD intensity and brings the achievements of cultivation. sense. The mowing experience mainly considers the level objectives and rhythm. The level objectives such as mission objectives and finishing all monsters. The rhythm is the reasonable arrangement of the number of monsters, monster types, distribution on the route, etc., so that the mowing experience has ups and downs. Combined with the pressure of survival, it is basically the level experience of Path of Exile.

There are two more points worth mentioning. One is the meaning of random maps. The goal of the player when scrolling the map, such as doing quests to find quest points in the plot, as far as possible to complete all the monsters in the alien world, looking for the content of the season game, etc., a large part is to find the route. Random can make the route not monotonous. , But also through the core points to make the old players not very anxious. The randomness of the monsters also makes the mowing experience not fixed, and there are some visual changes. The other is the design of the BOSS battle, which is in line with their usual thinking. They don’t tell the player anything, and rely on their own exploration. Most of the time, large-scale BOSS battles open up wasteland to explore the mechanism. The classic case is the card that betrays the season. Tarina and Sirus at the beginning of last season were confused. Catalina even forced me to watch the guide. This part can only be said to be the style of the path of exile.

The plot is not nonsense, this is a racing game for old players.

With so many rules, how many are written directly in the game? There are 154 pictures of 16 levels, a picture book, connection relations, a series of tasks that only tell you what to play, no more. This is a road to exile. Well, start with a picture, and how to play depends on guessing. For the core players, this kind of exploration will be a lot of fun. The earlier players who figure out the rules and hit the advanced maps will also get higher profits, which perfectly fits their design philosophy, but for new players, I have been confused for a long time. Fortunately, those who can live through the plot should be players who have been filtered through a complex system. They should not be so helpless, probably...

In this system, the main goals include:

Open the map, a total of 16 levels, each new level can be used as a target

Open all maps, if you are happy to sort, you can open each level as a goal

Fought elders 4 guards and elder BOSS (the reason why this is combined, the starry sky is separated, because of the different difficulty)

There are still many goals. Although the player's growth may cross multiple goals at once, for unfamiliar players, they can play for a long time. It feels that there will not be too many players who can pass T18 in a season, and there are fewer new players. Up.

And after T18 is not the only goal in the game. Because of the season system, the wasteland must be reopened every season, so if you want to play well, you have to accumulate currency in exchange for what you want. At this time, you need to study a faster way to accumulate currency. Straightforwardly, you can either use poe currency directly or sell high-value items. The former is related to the efficiency of drawing images, giving birth to a treasure set, while the latter is to study various specific drop methods of drawing images. Since the gameplay of the season will also be considered, there will be new and efficient ways in each season, and it takes time to research. This is also one of the new experiences of each season.

Seasonal gameplay: independent of the plot and alien world, but throughout the gameplay. The design idea of the season gameplay is eclectic, and the official said the same. I remember that someone wants to be a Pokémon, so there is a hunting season like this. But roughly follow a few principles (of course there are sometimes exceptions):

Taking the Legion Season as an example, two legion soldiers’ stone statues will appear when the stele is turned on. The stone statues killed within 15 seconds will become real soldier monsters after 15 seconds, and the elite monsters marked on the head will have higher rewards. These monsters will also drop fragments corresponding to the legion. 100 fragments are combined into one as a ticket item. There are 5 legions, that is, there will be 5 types of tickets. Because there are only two legions each time, and the probability of appearance is different, so The 5 types of fragments and their ticket value are different. Use at least two tickets to open the final level. The more tickets you use, the stronger the monsters of the level and the more rewards. The exclusive item for this season is Eternal Jewelry, which can do a lot of tricks on the talent tree, which is particularly complicated.

So what should I do with the past seasons? The way of exile is to add all of them to the core, but the frequency of appearance is reduced. The advantage of this is that the content of these BDs and brushes are retained and players can choose by themselves, but there are also many disadvantages. New players need to learn more and more, and players who pursue all content are getting tired. , The complexity of thinking is getting bigger and bigger. I personally feel that I can’t play it anymore, but I don’t want to give up any content, so I am very upset. Perhaps for officials, these benefits are more in line with their direction.

To sum up, in terms of gameplay design, Path of Exile provides a complex system for players to explore and learn through the combination of alien and seasonal gameplay. The design of rules brings many goals, plus the accumulation of poe currency and BD construction. The above goals are all the player goals in the game. The breadth and depth are terrible. In addition, the reset of the season will reset the goals and bring new goals. This is how the game can be played for so long. one of the reasons.

In fact, there are still two important contents that have not been written, but I don’t want to expand it. Let’s briefly talk about it:

1. Trading: Because of trading, the path of exile is fun. The biggest role of trading is to clarify the value of the drop through the trading market. It can even be said that the value evaluation brought by the trading market is the root of the feeling of exile. Just imagine, you play a spell BD and hit a particularly powerful sword. If there is no deal, then it is worthless (unless you say you leave it to the next character, but this game is equipped with so much equipment, you can’t practice it. Multi-role). As for other things, interaction and complete free transactions are not that important.

2. Experience in the first few days of each season: Since there are very few things during the wasteland reclamation period, and the things needed are very different from the later period, the price of goods is naturally different from the stable period, so the core players are all On the first day of the service, I tried my best to level up, and then went to make some good things in the early stage to make money. Many transitional yellow outfits can also be sold at a good price. The overall game experience and stability period vary greatly. It can be said that this is naturally brought about by the reset of the season and the transaction, and there is no deliberate design, but it has become an important part of the game experience. 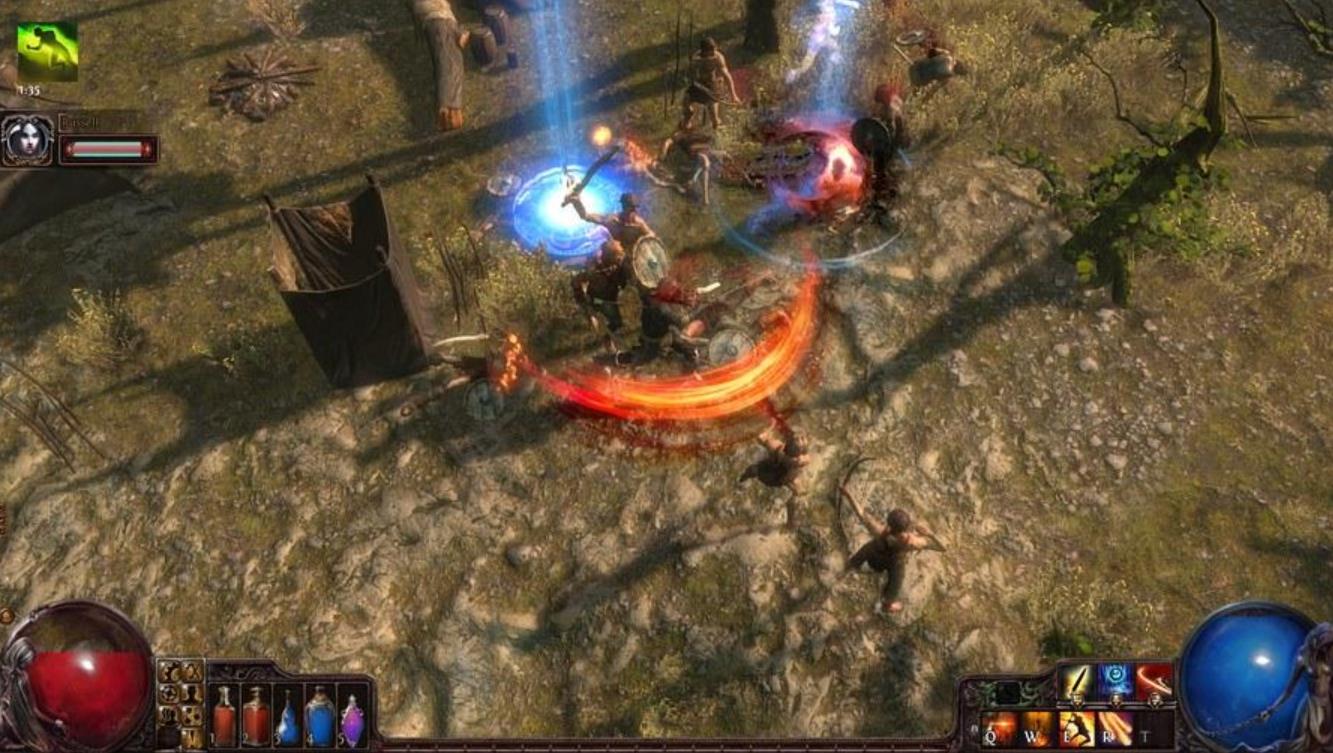 Path of Exile Chapter 4: Values and Fall
Games with character development basically need to deal with one problem, that is, the player's control of the values in the game. What are high-value path of exile items, what are efficient behaviors, and what goals are attractive? These prices all depend on the values formed by the players. If the player ...
11/05/2021 09:11 PM
Path Of Exile Poe Skills Guide 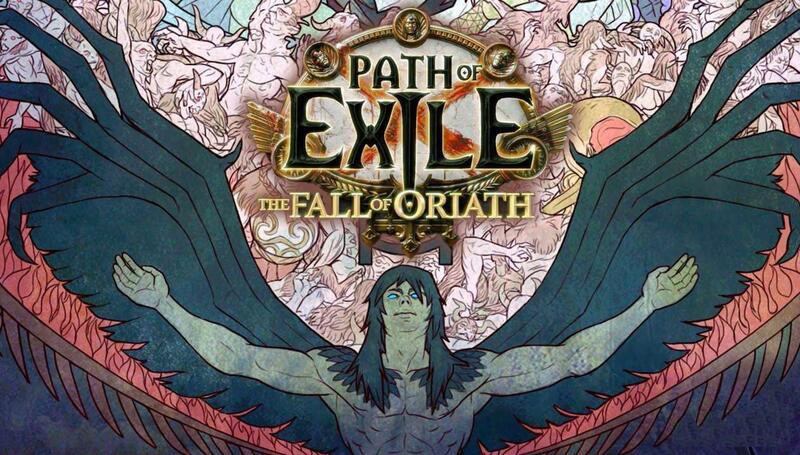 Path of Exile Getting Started Guide 1: Game Flow
1. Season Take the current S10 season as an example. Each season of "Path of Exile" has its own theme. For example, S10 is "Alien Cataclysm". The theme includes the new gameplay of the entire season: Alien and Cataclysm. The gameplay can be experienced during the game. What we want to popularize here is the ...
14/05/2021 09:48 PM
Path Of Exile Poe Skills Guide 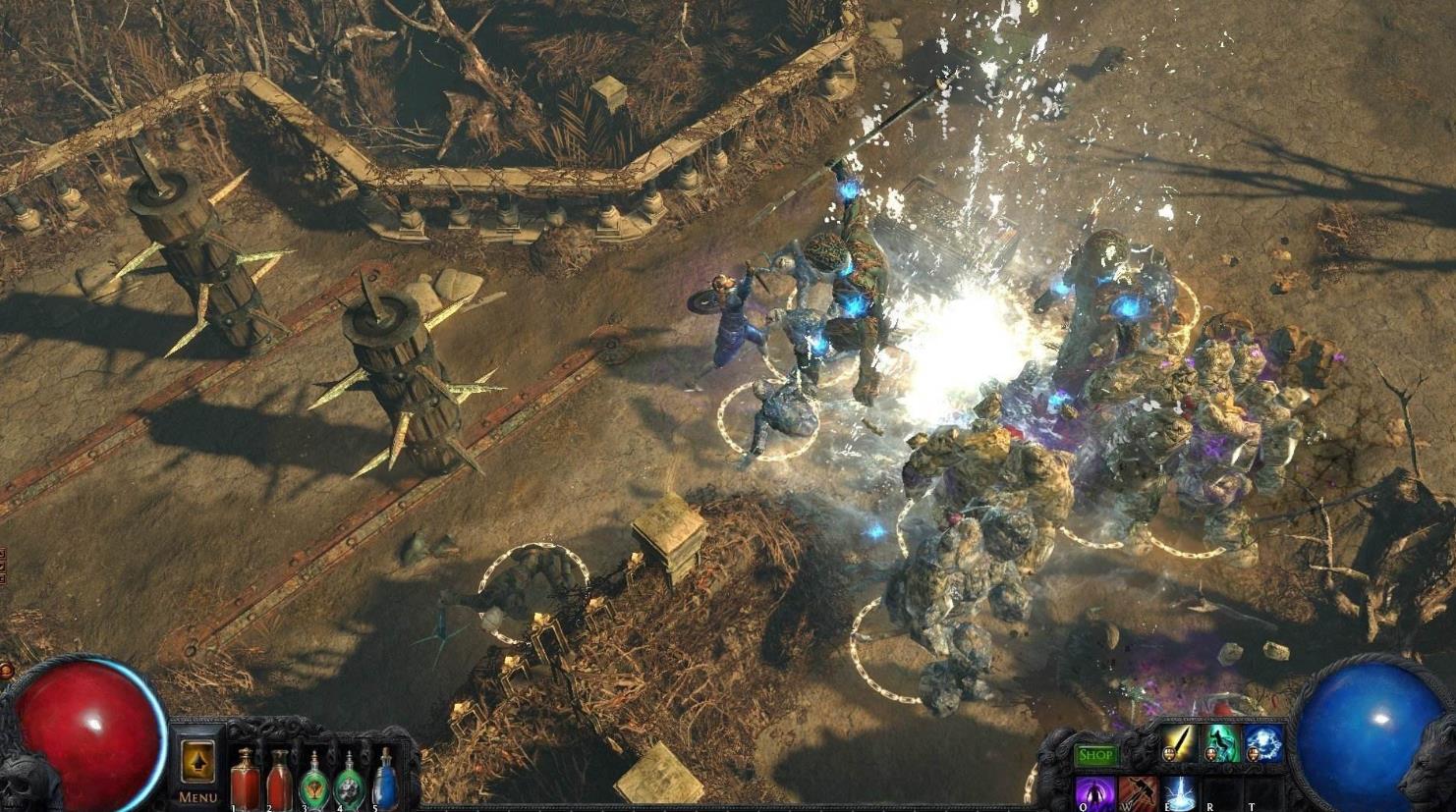